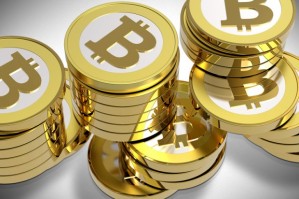 hi all, have been tracking bitcoin for a few yrs now and its exposure seemed to hit a real critical mass in 2013 possibly mainly related to its value. its exciting! once again: a) gamechanging, b) disruptive technology, c) a paradigm shift!

its fast moving and hard to keep up with. could easily write a whole book on the subj right now but just a big bag of links will have to suffice for the moment.

where is it going? thats the big question.

it seems to be the worlds first “internet currency” that is not affiliated with any nation state, a highly radical and subversive concept/reality.

the originations are shady/extraordinary and worthy of a suspense/mystery/scifi movie. its quite remarkable that its brilliant inventor(s) did not wish to be identified, but also fitting in with its crypto-libertarian and crypto-anarchist origins.[a]

last year there were announcements of new ATMs around the world. [b]

it is not clear yet how it will be regulated or rejected by governments eg US which sets tone for much international money/banking laws/restrictions.[c]

a lot of the news last yr seemed to have to do with china and its attitudes toward it. early announcements that seemed favorable for its acceptance led to huge spikes in value, but later announcements seemed to backtrack causing major loss of value. surely few using it would like to see their fortunes tied to the chinese banking system but that was the apparent strong link near the end of 2013.[d]

will it be freedom-promoting or lead to new types of crimes? or both? it is haunted by the spectre of money laundering and tax evasion.[e]

the whole story is highly reminscent of th egold/liberty dollar that led to an ignominious demise just a few years ago.[f]

a huge element of the story of bitcoin is the silkroad drug website and its shutdown, the current ongoing prosecution of the founder, and how the illicit funds are subsequently seized/handled by the govt, a story still in motion.[g]

there have been major breaches by hackers and thefts for millions of dollars, its an extreme wild west atmosphere right now.[h]

the mainstream media, hysteric and bipolar as usual, is attempting to figure out whether it is a crazy pyramid scheme or an investment vehicle.[i]

the rise of bitcoin has not gone unnoticed and some major corporations and legitimate investors are taking notice eg eBay, WordPress, PayPal, JPMorgan, Overstock.com etc.[j] and of course one of the worlds leading ecurrency innovators and promoters, Apple![k]

but, what about the acceptance? mainstream economists such as Krugman are horrified and Greenspan has called it a “bubble”. its causing an extraordinary split between nonacceptance and acceptance.[l]

a big question is how central banks are reacting to this new upstart. warily! some have issued white papers & yet the Canadian royal mint announced they are working on a digital cash replacement/ostensible competitor![m]

other recent news is the mining operations and how they are becoming quite massive and how this is a drain on energy systems.[n]

there is some emerging scientific study of bitcoin and one suspects this is just the beginning of an explosion of scientific research in the area.[o]

again one asks, where is it going? nobody really knows. it appears to me to have reached the point of no return and an unstoppable force, but also governments are reacting and the future is unpredictable at this point.

what happens when an irresistible force meets an immovable object?

we will find out, we are finding out right now.

in a word, REVOLUTION.