hi all. recently the $3M individual “breakthrough prizes” have just been announced to be extended to mathematics with five initial winners. this post collects many related links/news coverage on the subj at the end eg two NYT articles, videos of the star-studded hollywoodesque awards ceremony, commentaries, etc. ❗ 😎 😀

Terence Tao among them. who is a diligent/ meticulous blogger and have commented on his amazing blog in the past (he has a great page on Collatz theory). cybersynchronicity! just wrote him a congratulatory comment yesterday. he is indeed an admirable, brilliant, inspiring, innovative leader, eg not least of which with his forefront role in the groundbreaking Polymath project. am hoping he reacts in his blog at some point to the prize and writes his thoughts on it (instead of a few brief sound bites in newspaper interviews).

“I just hope we can live up to the prize.”

(is that the “editorial we” like used in scientific papers?) generally am a big fan/ proponent/ advocate of prizes, esp those with large payouts, but its been a mixed-emotions love/hate relationship over the years that has tended to match my age. when younger, crazy idealism/optimism led to the idea that these were winnable with some effort. now in retrospect, the effort is clearly herculean or more. its great to see intellectually godlike humans walk among us, but for most of us mere mortals it takes a bit of narcissism to believe oneself to be one (even potentially). (“in theory theres no difference between theory & practice but in practice there is!”)

this Turing machine blog has a clear preoccupation, (bordering on fixation, and maybe even an obsession on bad days!) with breakthroughs and genius esp in scientific/ technical fields and research. yet have some definite inclination to agree with arguments about the “distorting effect” of prizes esp large ones. its definitely one of those big Double Edge Swords.™ but others can make that case much more eloquently and elitely than me (and have! eg long commentaries in top science journals like Nature & Science!) so am including entire section below on “professional reservations”.

prizes reminds me of one of the deep contrasts/ polarities/ dichotomies/ juxtapositions/ paradoxes in life that one can ponder on endlessly (and maybe thats why there are so many english words for variations on that, possibly an eskimo-snow affinity parallel). it shows up in many phenomena and fields. it could be called the “sudden versus gradual duality”. some examples of it showing up. note that all these were controversial or mythical or even superstitious on initial introduction but then became accepted, solidified scientific theory.

these are all just the “yin/yang” of the world around us.

also recently Taleb in his “black swan” theory has focused on this phenomenon across many fields and shown its ubiquity.

in the scientific field, many breakthroughs are clearly the result of a lot of incremental, “evolutionary” work by many spread across decades. but there are other clearcut cases where individuals seem to be “ahead of their time” and make discoveries that nobody else was anywhere near.

does science have lone geniuses? it probably has very many of them. but actually identifying them seems impossible. MacArthur foundation is probably only scratching the surface.  if there are winners, then there are also losers. speaking of “Tao” & double-edged swords & paradoxes, that reminds me of some “famous” poetry from millenia ago, but maybe too deep at this immediate point in this blog, so instead included below at end….

its not surprising that the breakthrough prize would focus on nonincremental, nonevolutionary breakthroughs, somewhat the opposite. we are talking about a prize funded by hyper-capitalistic entrepreneurs who dont merely believe and but live and thrive in the power of 10-1 leverage, betting on startups and their billion-dollar payoffs (the prizes include affiliations with some of the biggest names in the field incl Googles Brin, etc). unfortunately our style of capitalism has increasingly become “winner take all” and this type of ideology takes on a large, maybe unbalanced forefront consciousness/ zeitgeist. at times, bordering on a psychological infection…

we are also in the middle of an era of fascination (bordering on preoccupation, fixation or obsession on a bad day!) with “big science” in projects like LHC and the ITER fusion projects where billions is spent on long-shot, decades-long projects, and more table-top like projects like “sonoluminescence/bubble fusion” do not see much funding.

so the articles say that the breakthrough prizes are intended as “the oscars of science”—uh really hate to be a spoilsport here but does that phrase really make any sense? is that like in the picture with hottie Anna Kendrick standing next to Zuckerberg? 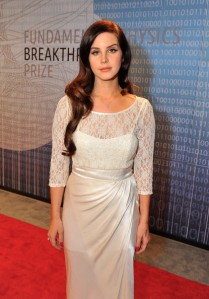 experiencing some small )( "cognitive dissonance" on all that… is it an oxymoron? ❓

… oh yeah and SIGN ME UP! oh finally starting to finally get it, its like a charity event! XD

it will be great to increase the profile of science in our culture, but how does one do that in the MTV/reality TV age of vacuous celebrities “famous for being famous” or (total candor here) having great & highly charismatic/photogenic bordering-or-worse-on-artificial bodies/faces (or adept at creating fake psychological (melo)drama aka acting)? it can only be a long term plan and it seems quite at odds with current culture, going against the grain of human instinct. we have ways to support young sexy artists by buying their music or movie tickets, but is there any “sex appeal” in science? no matter how much geeks gain notoriety, it seems fundamentally unsexy.

there is an element of science that seems fundamentally incompatible with large sums of money, with notoriety, with popularity, with paparazzi (aka “sell the sizzle, not the steak”). the more one studies him, the more einstein appears a historical anomaly. so many first-rate high-talent scientists toil in obscurity for low pay, there is a huge shadow side to anyone who wins a large science prize.[c]

another big element/ driving force/ spearhead of these breakthrough prizes is Yuri Milner who reminds me somewhat of Simons except Milner, despite his tech edge, not so far having any affinity for CS at all yet, and is singlehandedly changing the nature of scientific recognition within only a few years.

th the Breakthrough prize, and years ago, again somewhat ironically pre-new-deep-pocket-Google/Intel sponsors, it was worth even far less!).

and Simons in strong contrast, trained as a Phd himself, seems to fully/ naturally/ intuitively understand the value of slow-hand, unflashy/ unheralded, incremental (even at times— gasp— “slogging”) work such as funding research centers, conferences/workshops, and younger scientists. cohort multi-billionaire Simons apparently conspicuously doesnt fund awards much except maybe appointments and travel budgets…?

the Breakthrough prize also cofunded by mogul/wonderboy Zuckerberg apparently started out in very applied/biological Life Sciences and then quickly moved to physics. the leap to pure abstract Mathematics seems quite surprising/unexpected in some ways given its origination. wait, huh? they skipped CS, the modern bubbling-buzzing-flaming monster-monetized fusion-cauldron of theory and application? maybe their idea is to just hire the stars there instead!

Milner is a very colorful character to say the least and seems to have burst onto the scene as a billionaire in only a few years out of nowhere (based only/largely on investments) and is ruffling many feathers, to say the least. somewhat similarly to Simons, Milner did do Phd work but as wikipedia states he moved to the US from Russia to get an MBA “after being disappointed in myself as a physicist”. oh well, if you cant beat em, “join em” (at an awards ceremony) and give em multimilliondollar awards instead! now theres a real generous/magnanimous gentleman!

it appears something like tens of millions of dollars of prizes have been handed out in only a few years, and it seems like an unsustainable pace, would be surprised if the prizes stay sustained at that level every year….

anyway, we continue to live in interesting times…. maybe not so great for ones personal plebian fortune, but good for blogging at least…

(44)…
Fame or the self, which is dearer?
The self or wealth, which is greater?
Gain or loss, which is more painful?