hi all, ideally technology advances might exist in some kind of vacuum that is unimpacted by politics. technology does have a huge resilience these days to shifting political winds du jour but alas, it can be highly impacted by political currents/ decisions. after a major regime/ administration change, these heretofore “hidden” dependencies can come into more stark focus, as is the case lately.

am trying to come up with a personal strategy/ pov/ philosophy toward the Age of Trump, still under development/ construction. have been through major election disappointments before. was mostly apolitical before Bush and then became much more political after bush, just trying to understand the world we live in and the direction it was going. bush 2004 election was a big disappointment to me. it seemed like a victory for warmongering. its strange how delayed the publics reaction to Iraq invasion was. it seems it took over a decade for the public to sour on it. but its heartening to some )( degree that those types of shifts can eventually happen and affect mainstream politics.

END_OF_DOCUMENT_TOKEN_TO_BE_REPLACED

hi all. robots have been attacking people for over a decade now, they’re called drones, and the public outcry has not been too substantial. however, maybe the slumbering masses are starting to wake up to a related threat, job-killing robots.

this is a very complex topic that has been bubbling at the edges for years but 2016 finally seemed to mark the transition/ jump/ tipping point into mainstream consciousness. and theres some alarm/ panic, with headlines reflecting it.

despite this headline on this blog, despite the headlines elsewhere, it is really not a topic to be taken lightly. it has international implications. its affecting global economies. its tightly connected with the last few decades shift of globalization and neoliberalism, both of which seem these days (with Brexit/ trump upsets) maybe to be showing signs of aging and “long in the tooth”. it seems to be tied up with the future of technology, economics, and governments/ politics (eg whitehouse/ trump)![l] hence its one of those devastating crosscutting trifectas, aka “perfect storm”. its even starting to show up in intelligence agency strategic predictions/ alarm bells, and they are not pretty.[k1]

END_OF_DOCUMENT_TOKEN_TO_BE_REPLACED

hi all. in a contemplative/ reflective/ wistful mood lately. one of my favorite stores Radio Shack died last year. didnt visit all that often but this was a geek nirvana store (it was one of my dads favorites stores also, growing up… he liked it for miscellaneous audio inventions etc). liked to have it around when needed it. it reminded me of all the stores that have died in the last decade or so. its a long list. we have been through a whirlwind of changes in a brief time and some bit of this is reflected in the at-times dramatically shifting retail landscape. aka toffler’s “future shock”.

“honorable mention”: barnes & noble (one of my current favorite stores) seems to be on the ropes.[a25] the closure of these stores indicates bigger trends such as the commoditization of electronics/ computers, the shifts in music distribution away from CDs toward digital distribution (in a word, Itunes!), and also with movies eg with Netflix/ Redbox mostly killing Blockbuster videos. its hard to believe only ~1 decade ago, was driving to a store to pick up (occasionally!) VCR tapes. now have a 4K 3d tv and a ps4. wow.

this blog has had a lot of aspects of futurism in it, but sometimes the future has a brutal, darwinistic quality.

END_OF_DOCUMENT_TOKEN_TO_BE_REPLACED

hi all. on the topic of program/ high frequency trading 1st considered here ~1yr ago. recently the USDOJ (US dept justice) announced a charge against a daytrader for “illegal trading”. this is a very rare charge, am not even clear on the legality of it, it was not really explained in their press release. looking over the charges, they are for “fraud and manipulation of prices” and a charge called “spoofing”. this made international headlines.[a11][a12][a13][a15] there is some indication this may have played a key role in the so-called “flash crash” from years ago (May 2010)

“spoofing” appears to be the process of posting bids or asks that are not later committed as trades, esp for large amts of money. its funky, but is it really illegal? a trading exchange is an auction and the mechanism not to follow through on a bid or an ask is built into the system. seems these types of rules need to be handled with algorithm constraints/ limits built into the code, not nec legalities/ laws & trials.

however, has anything like this ever been prosecuted before?

the defendant apparently used program trading mechanisms, but this is quite disturbing from a CS pov. program trading is rampant in markets, and highly used by large multibilliondollar hedge funds, and admittedly its a gray area legally. what are the legalities of a program that makes/ effects trades but behaves erratically?

END_OF_DOCUMENT_TOKEN_TO_BE_REPLACED 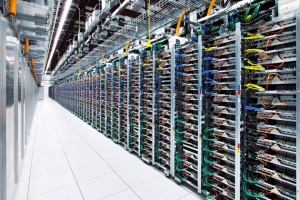 hi all. the dream of trading stocks via algorithms and thereby generating profit is an old one. it occurred to me as a teenager and have spent quite a bit of time over the years dabbling/ investigating/ researching it. there are many remarkable stories going back decades now. one of the early pioneers in this area is Doyne Farmer and have tracked his trajectory in the field over many yrs, starting with the breakthrough 1994 wired article. the growth in the field of automated trading also closely mirrored/ matched very major advances in machine learning.

the topic has emerged in the forefront lately with many refs to HFT, high frequency trading in the media. the shocking 2010 flash crash put it on the radar of many, incl the public, regulators/ political leaders. yesterday there was a congressional hearing with the chairwoman of the the SEC, White [a2] (and theres my cue to finally write up my big bag of great links collected over several years). the 2010 crash is still somewhat mysterious and controversial/contested but some evidence seems to point to triggering by a rogue or malfunctioning HFT program (but clearly the whole crash, like all crashes, was a complex cascade).